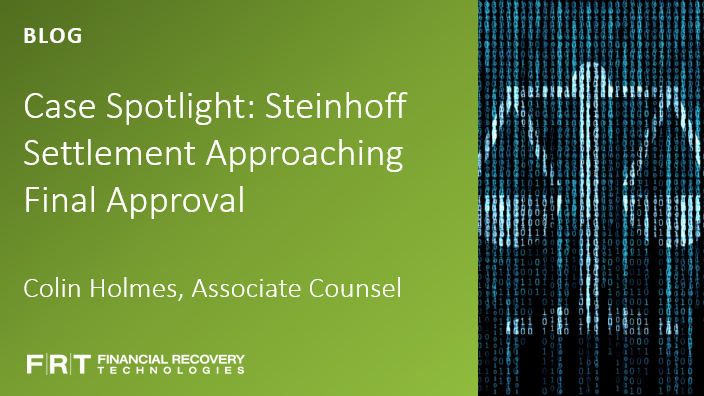 
Case Background
Steinhoff International Holdings NV (“SIHNV”) is a global investment company that engaged in the manufacture and retail of furniture, household goods, and clothing. Steinhoff Internal Holdings Proprietary Limited (“SIHPL”) is a South African holding company for SIHNV subsidiaries (together with SIHNV, “Steinhoff”). Steinhoff now seeks a €769M global settlement relating to allegations that it entered into a number of fictitious or irregular transactions that substantially inflated profits and assets by nearly $12 billion.

Within this global €769M settlement amount, Steinhoff will pay a total of €613M; €442M of which will be used to compensate Market Purchase Claims (“MPC”) related to investor purchases and sales of Steinhoff securities on the JSE and FSE from March 2, 2009 through December 5, 2017. In addition, there are two other proposed related settlements, one with Steinhoff’s former auditors Deloitte & Touche and another with Steinhoff’s directors and officers and their insurers. These two settlements will total approximately €156M; €111M of which will be used to compensate MPC claims. When approved, the three settlements (collectively, the “Steinhoff Settlement”) will be administered together by Computershare Investor Services plc (the “Administrator”) under the supervision of the Stitching Steinhoff Recovery Foundation (the “Foundation”) in the Netherlands and a similar arrangement in South Africa.

Final Settlement Approval Hearing Set for January 24, 2022
Before the Steinhoff Settlement becomes final, it must be approved in two separate proceedings: suspension of payment (“SoP”) proceedings in the Netherlands for SIHNV and Section 155 proceedings in South Africa for SIHPL. The Dutch SoP proceeding requires that the settlement composition plan be approved first by a court-appointed committee of creditor representatives and then confirmed by the District Court of Amsterdam. The creditors approved the settlement on September 8, 2021 and the District Court confirmed it on September 24, 2021.

The South Africa proceeding requires that creditors vote to approve a Section 155 proposal to resolve creditor claims and the settlement must be ratified by the High Court of South Africa. The South African creditors overwhelmingly approved the settlement on September 6, 2021 with 8,500 claimants voting in favor of approval and no votes against. The High Court had originally been set to rule on the settlement on September 30, 2021, however the hearing was pushed back to January 24, 2022 to allow time for additional papers to be filed by intervening and opposing applications from two parties: 1) a group of non-qualifying claimants related to Trevo Capital Limited, a Mauritian entity associated with the former CEO of Pepkor Holdings Limited, and 2) a group of market purchase claimants associated with the former owners of Tekkie Town. Steinhoff is opposing these applications and continues to work towards approval of the settlement. The High Court will resolve these applications before determining whether to approve the settlement. Steinhoff and counsel for claimants are optimistic that the settlement will be approved.

Once the High Court of South Africa ratifies the settlement, the participation deadline will be triggered for three months later (likely April 25, 2022 or shortly thereafter). The Court’s decision may be issued after the January 24 hearing date, which is why a precise deadline cannot yet be determined. Once the deadline is determined it will be a hard deadline that will not move.

Determining Eligibility
Investors are eligible to participate in MPC claims if they acquired Steinhoff shares during the relevant period. The Steinhoff Settlement includes other non-MPC claims, such as contract claims on behalf of parties who received Steinhoff shares in consideration for the sales of their businesses and a variety of other creditor claims. FRT will only assist clients with MPC claims.

Next Steps
If you have compensable losses and wish to register with the administrator, you must submit a signed power of attorney and FRT will proceed in filing a claim form on your behalf. FRT will provide this document upon request.

To learn more about how FRT can help your firm identify and monitor antitrust litigation opportunities, visit our website.